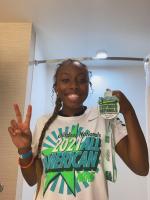 Alaysia Oakes signs with Stanford she Stood behind a podium at Heritage high school to announce the school of her choice.
it was a proud moment for her to announce that she is going to Stanford University to run track. She chose Stanford over California University and North Carolina
Kentucky. it was nine Division I schools that made her an off.  EM-SPORTS 12/3/21

Franklin County junior running back Jahylen Lee establishes a new program record for rushing (452 yards on 41 carries) and scores five touchdowns as the Eagles overcome a 15-0 first-quarter deficit for a 42-22 Blue Ridge District football victory over Northside at C.I. (Cy) Dillon Stadium-Fred M. Brown Memorial Field. The Eagles (5-5, 3-1 in the Blue Ridge District) open the Class 6 Region A playoffs this weekend against either Western Branch or Thomas Dale. The Eagles open the Class 6 Region A playoffs this weekend as the No. 7 seed in an eight-team field; they face No. 2 seed Western Branch in the quarterfinals.            11/12/21 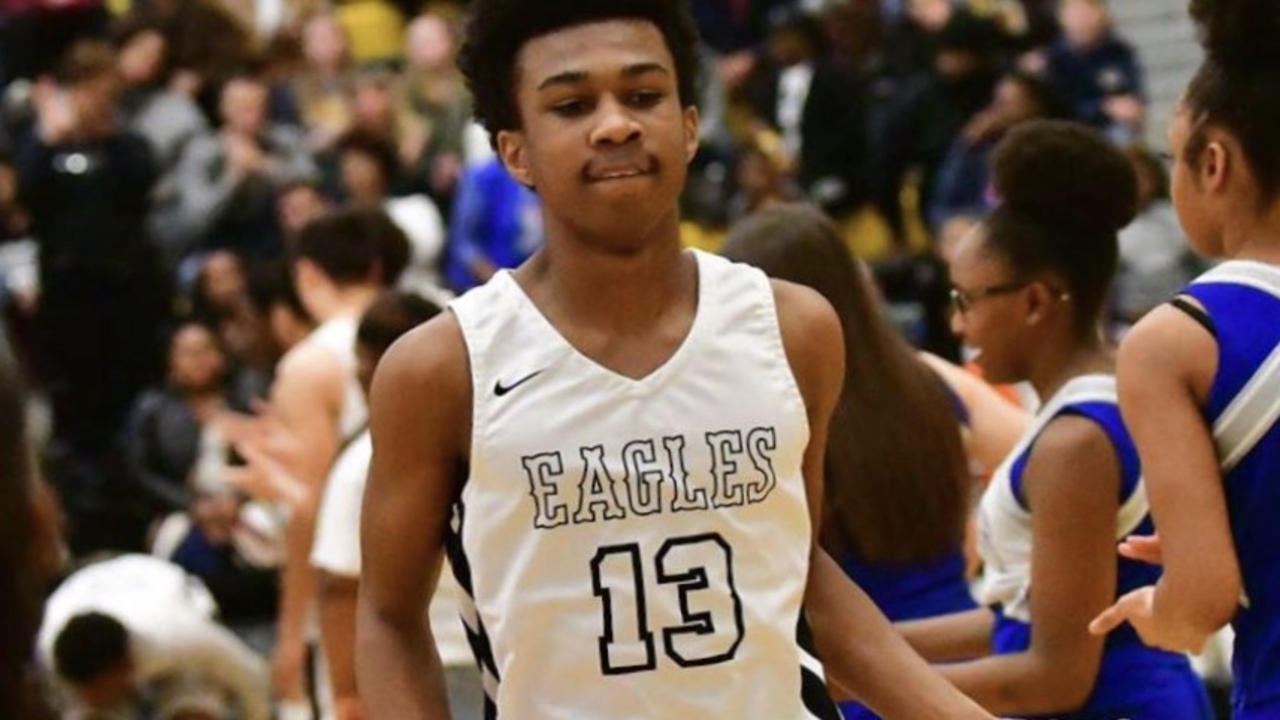 “I really chose them because the relationship feels genuine and the coaches are loving,” he said. “They've stayed consistent, and know my whole family. I also had a good visit where the campus was lovely, the fans were lovely and they were chanting my name at the football game. It just felt like home really.”

“When I went on a visit I got to see the team, they had a great practice where they were all going very hard. They're very skilled, want to win, and have tremendous confidence and when I come in next year I think we're going to do very well.” 9/8/21

Lane, who also considered scholarship offers from Army, Navy and Old Dominion, among others, announced Saturday (June 5) that he has verbally committed to Virginia. The 6’2”, 195-pound rising senior is the first quarterback to commit to the Hoos in his class.

“I am beyond blessed by God to have been given the incredible opportunity to play my favorite sport at the next level,” Lane wrote in the tweet below. “I want to thank my parents and grandparents for driving me to countless practices, being at every game, and truly allowing me to dream big. I next want to thank all my coaches and teammates because without them none of this would be possible, they have pushed me to be the best I can be on and off the field. Thank you Coach Mendenhall, Coach Beck, Coach Wolfe and Coach 2J for believing in me and extending an opportunity to play football at one of the most prestigious public universities in the country. I also would like to thank the community and my teachers here in the 434 for their tremendous support. With that being said I am staying home and committing to the University of Virginia!! #GOHOOS”

Lane has the dual-threat abilities Coach Mendenhall covets in his quarterbacks. His speed was on full display at the 2021 Class 3A Indoor Track State Championship, where he captured the state title in the 55-meter event with a personal best time of 6.41 seconds. Fellow UVA football recruit Aidan Ryan, a safety in the class of 2021, finished eighth in the event.

Lane played the first two seasons of his high school football career at Jefferson Forest (Forest, VA) before transferring to LCA. As a junior he played in eight games for head coach Frank Rocco in a shortened season this spring, throwing for 1,047 yards and 18 touchdowns while leading the Bulldogs to a 6-2 record and a Class 3 Region C championship. LCA fell in the Class 3 state semifinals by just two points.

With Lane’s decision, Virginia’s “Hoos22” class rises to six commitments. The LCA standout is UVA’s first in-state and first quarterback commitment in the class. This could be the start of a big weekend for the Hoos, who are hosting at least five uncommitted targets on official visits. Kendrick is without a doubt one of the most impressive prospects in a very deep Virginia 2022 class and also one of the most promising!  He is a silky smooth and long guard who has a beautiful stroke and a consistent jumper that extends well beyond the three-point arc. He can handle and create off the bounce to score and he has the explosive leaping ability allowing him to play above the rim and finish with both finesse and authority at the rim.  He has such a solid skillset and elite athleticism and is a graceful and smooth playmaker.

Light on his feet and quick, Kendrick can bury jumpers at a good rate from all angles and levels or execute a quick rip through move accompanied by long, space-eating strides and explode to the rim in a flash.  He has great body control and some shifty moves as he slices through the lane not only a threat to score at the rim or pull up and stick the jumper but also as a willing passer who has a knack for collapsing defenses and finding the open man.  Kendrick handles the ball very well and can make plays off the bounce or lead the beak and can serve as a primary ball-handler of needed.  He has fantastic scoring instincts and the ability to make a play from anywhere on the floor.  He explodes off the ground for thunderous dunks or creative finishes and makes it look effortless as if shot from a cannon.  He has very good bounce and a long wingspan in addition to his steadily growing 6’4 frame.  Kendrick is as much an impact on the defensive end as he guards multiple positions effectively and has the footwork and agility to contain the dribble and the length to impact events off the ball in passing lanes or around the rim.

The name certainly is a familiar one as Kendrick is the son of former Thomas Jefferson High School (Richmond VA) and Virginia Commonwealth University star Kendrick Warren.  Kendrick, who is currently the head coach at Thomas Jefferson HS, said he tries to give his son some room to grow as a player on his own and be coached by his other coaches although some training and expertise from his basketball Dad takes place and Kendrick continues to get better, eager to learn.  His own experiences allow him to provide for his son a unique perspective in all aspects and he shares those thoughts with him.  Kendrick was a McDonalds and Parade All American who went on to a fabulous career at VCU earning multiple All-Conference honors and remains among the school’s all-time leaders in points and rebounds.  He went on to a 10-year pro career mostly spent in the Continental Basketball Association.

His son Kendrick already displays many of the attributes that made his Dad such a successful player.  The length, versatility, athleticism, and explosiveness are all physical qualities that made his Dad such an imposing figure on the court. Kendrick might include more versatility than his Dad and a more perimeter-oriented skill set that, accompanied by those impressive physical attributes makes for an exciting prospect that should draw the attention of college coaches at the D1 level right now! Kendrick, who was named The News & Advance’s All-Area offensive player of the year after garnering the top offensive honors from the Seminole District and Region 4D, chose the Tribe over offers from Richmond and Georgetown.The 5-foot-9, 174-pound Kendrick was also a first-team Class 4 all-state quarterback. He finished his senior season with 3,365 total yards and 41 touchdowns, all while maintaining a 4.1 GPA in the classroom.

He will graduate with E.C. Glass records for rushing yards (4,581) and all-purpose yards (8,051), the latter of which belonged to his father, Andre. He accounted for 102 career touchdowns (64 rushing). Trey Carter signed a letter of intent to play NCAA Division I baseball for Florida State University (FSU). This 1st Team All-Conference athlete is currently taking AP Biology at Carlisle and plans to obtain a degree in sports medicine from FSU so that he may become a physical therapist. Carter, who transferred to Carlisle from a public school, said that being at Carlisle has been a positive experience for him, “everybody joins together, and it’s a tight family; we have a bond that can’t break.” According to his father, Terry Carter, “Carlisle has gone far and beyond to help Trey get prepared for this day, helping to ensure that his paperwork was complete, and his grades are where they need to be so that he is ready for the next step.” In addition to playing baseball for Carlisle School, Carter has also participated in the Perfect Game PG Jr. and PG Nationals each year since 8th grade, which is an invite-only program.  2/6/20

Cupit signed his letter of intent to play for Division One Central Florida in Orlando. Cupit says he got lots of interest from many programs, including state schools like UVa, JMU, Richmond and VMI.

But he said he knew right away when he made his visit that UCF was the school for him, Cupit committed to the Knights back in late July.

Keenan Cupit, SIGNS WITH CENTRAL FLORIDA KNIGHTS, said "Yea, it's definitely a weight off my shoulders. Definitely ready to get down there and go to work. The coaches have been excited about me coming down and I'm excited with all I've got." 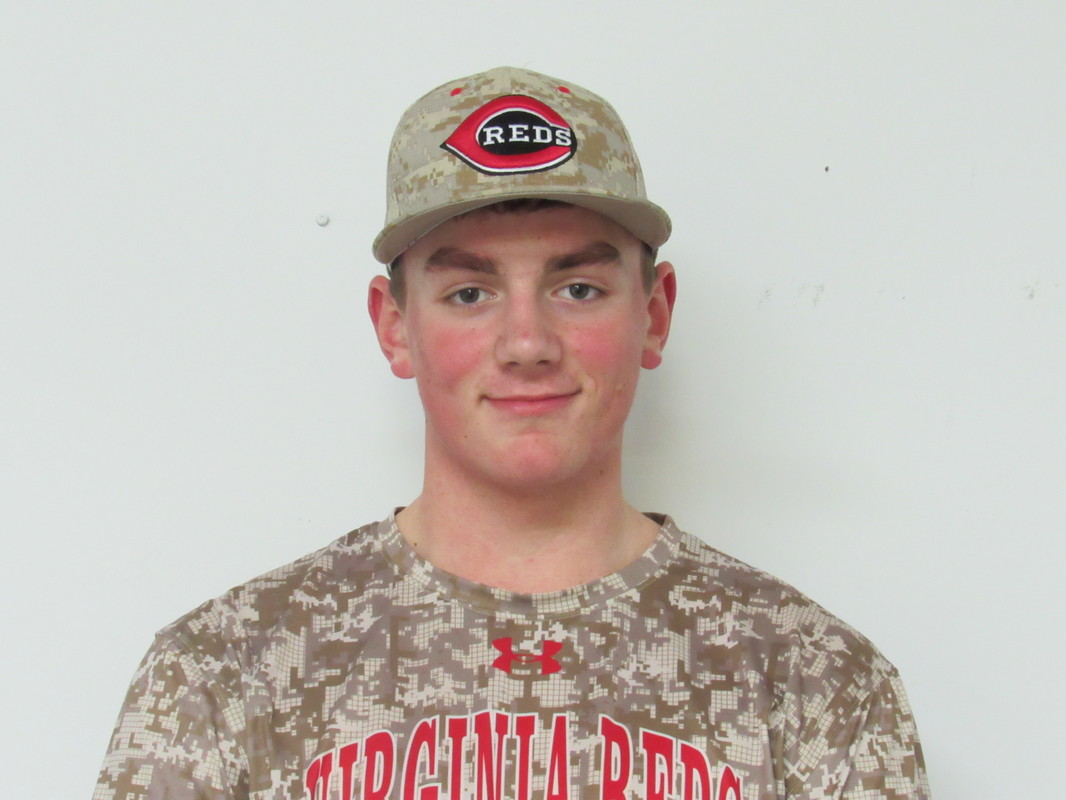 Oct 4, 2017 - Gretna Junior Cole Rigney has committed to playing baseball at Liberty University at the conclusion of his senior year in 2019. ... Before even starting his junior season with Hawks’ baseball, catcher and Gretna junior Cole Rigney already knows where he wants to play in college. The Richmond Braves are pleased to announce that 2021 national team MIF Christian Martin from Amherst County HS has committed to play at Virginia Tech. Christian is a polished fielder and talented left hand hitter. He has been with the Braves for four years. We congratulate Christian and his family. a four-star have offers from D-1 college. ODU, Delaware state, UNC, Maryland,  she have

The junior, who helped the Raiders win their second straight VHSL 2A state title in December, was evaluated at the Combine in San Antonio, Texas, along with more than 600 high school players who gathered at the U.S. Army All-American Bowl. He was one of 73 players named to the teams.

Graves, currently a 3-star recruit, gave a verbal commitment to N.C. State last year, but recently received an offer from Virginia Tech. He also plans to visit the University of Virginia in the coming week, Appomattox coach Doug Smith said.

Griffin Agee, a rising junior at Jefferson Forest High, gave a verbal commitment on Friday to play baseball at UVa in 2020.

The 6-foot-5 lefty earned six saves for the JF during his sophomore season, and his stock has risen over the summer. Agee has been playing this summer for the Evoshield Canes, an elite travel team, and had an impressive outing at the Commonwealth Games All-Star baseball game last week.

“ This is definitely something that he’s totally earned,” Jefferson Forest coach Ryan Gilleland said. Gilleland, of course, was a standout at UVa in the 1990s.

Agee had an official visit at Liberty University last week before choosing the Cavaliers. Then he turned around the next night and threw four innings at the Commonwealth Games, where college coaches sat in the stands, and allowed just two hits.