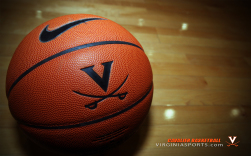 The University has enjoyed tremendous success in the 21st century.  They have accomplished many great feats on the field, or the diamond and in between the lines of the hardwood courts.  Many of those successes were under the watchful eye of executive associate athletics director Jon Oliver.  Oliver recently released in an announcement that he will resign from his duties effective September 15.

Mr. Oliver was very instrumental in the search for the men's basketball vacancy that was eventually filled by Tony Bennett.  Mr. Oliver, who arrived in the fall of 2001, held many responsibilities in many levels of oepration in the athletics department.  His strengths were captured in the strategic planning for efforts in estblishing goals for fundraising, record department revenues, team championships in the ACC and on the national level.  He was also a driving force in equipment and facility upgrades that included the construction of John Paul Jones Arena, the Boyd Tinsley Tennis Courts and the George Welsh Indoor Practice facility just to name a few.  Mr. Oliver was a frequent supporter of many sports as he was often spotted behind the Cavaliers' bench at basketball games or roaming the sidelines during the football season.  The best of luck to Mr. Oliver in his future endeavors.